Yakushima is an island in Kagoshima Prefecture, located 60 kilometres from Cape Sata, the southernmost point of the main island.

This island of Yakushima is known as a place where you can experience nature in all the climate zones of Japan.

This article describes the nature and tourist attractions of Yakushima, known as the Alps on the ocean.

What type of island is Yakushima?

An island in Kagoshima Prefecture with the highest mountain in Kyushu

Yakushima is the ninth largest island in Japan. The circumference of the island is 100 kilometres and it takes about two hours to drive around the island.

Yakushima has 46 peaks over 1000 metres high, including the highest peak in Kyushu at 1935 metres, Mount Miyanoura.

For this reason, Yakushima is known as the “Alps of the Ocean”.

The island where all of Japan’s nature comes together 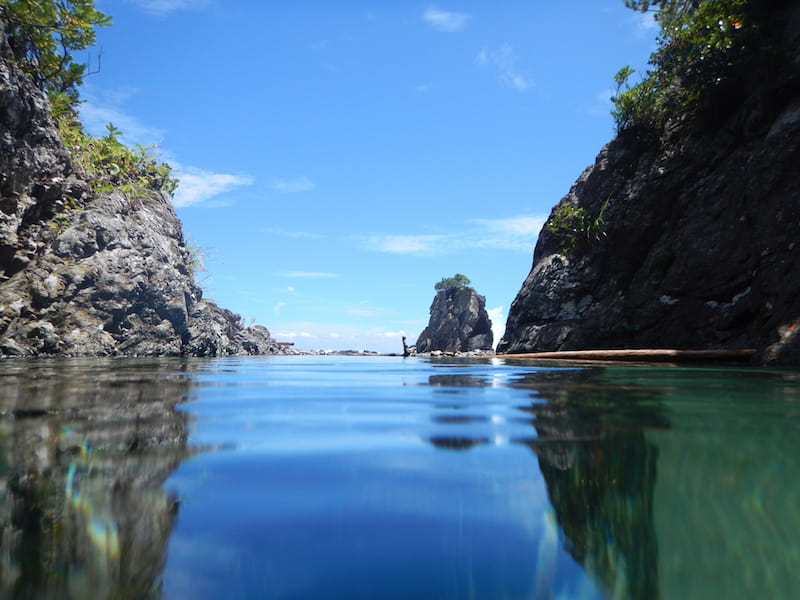 At lower altitudes, banyan trees, mangroves and other tropical plants can be seen, as in Okinawa.

Yakushima is home to about 70% of Japan’s plant species and is often referred to as the “Galapagos of the East”.

The island was inscribed as a World Natural Heritage site in 1993, in recognition of the fact that a large area of the precious shiny-leaved forest, which now rarely remains in the Japanese archipelago, can be found on Yakushima.

Yakushima is an island with very high rainfall

The high rainfall is one of the reasons for Yakushima’s rich natural environment.

* This figure of 1500 millimetres of annual precipitation in Tokyo is a national average and is often used for comparison with other regions.

The Jomon cedar is over 2000 years old 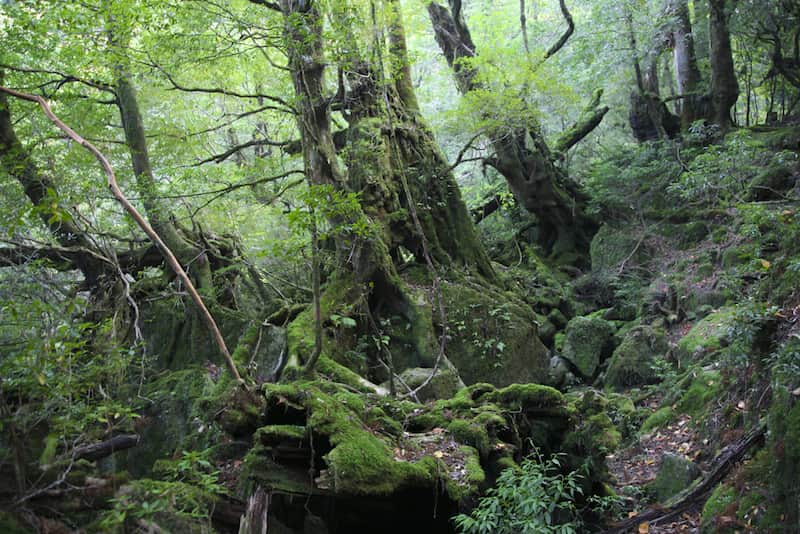 The most famous tree on Yakushima is the Yakusugi cedar. The Yakusugi cedar is far older than the commonly accepted age of a cedar tree of 500 years, with some trees over 2000 years old.

The largest Yakusugi cedar, the Jomon cedar, was discovered on Yakushima in 1966. The Jomon cedar is estimated to be over 2170 years old.

The place where the Jomon cedar grows is a famous tourist spot in Yakushima. 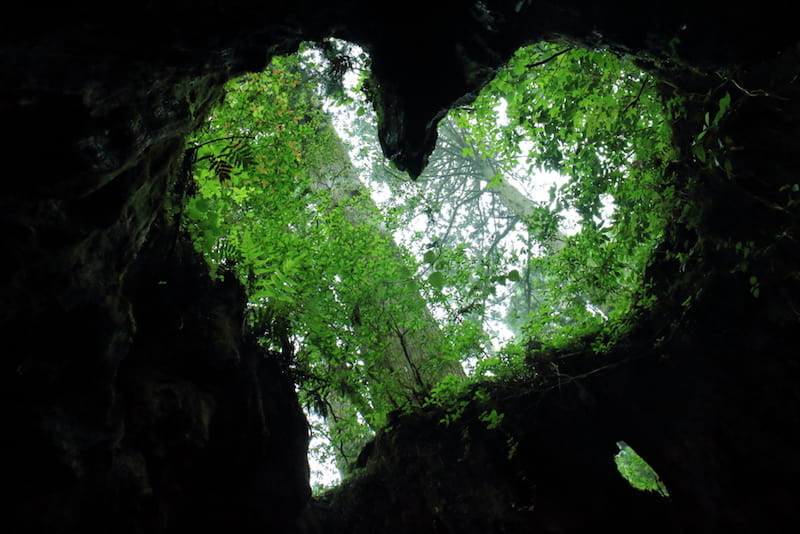 If you join a trekking tour to see the Jomon cedars, you will see a large heart-shaped stump of a Yakusugi cedar called “Wilson’s stock” on the way. This is also a popular place to take photos.

Why is the Yakusugi cedar so long-lived?

The reason for the longevity of the Yakusugi cedar is that Yakushima Island is made of granite, which makes it difficult for the roots to penetrate the ground and obtain nutrients. This means that the tree can only grow slowly and over a long period of time.

It is said that the slow growth makes the trunk strong and long-lived.

In the Edo period, Yakusugi cedar was used as a material for roofs and was cut down in large quantities. However, since 1970, the logging of Yakusugi cedar has been banned.

You can find souvenirs made from Yakusugi cedar at some tourist attractions such as Senganen in Kagoshima, but these are made from trees that have fallen naturally.

Yakushima is not only home to plants that grow in the tropics, but also to plants from colder regions.

We hope to one day travel to the World Heritage Site of Yakushima, where you can experience all the nature of the Japanese archipelago, from subtropical to subarctic, at the same time.

In addition to Yakushima, the following places in Japan are registered as World Natural Heritage sites.

Time Required to Visit Itsukushima Shrine｜Recommended Walking Course in Miyajima Island
In mid-November we went to Miyajima in Hiroshima Prefecture. Miyajima is one of Japan's most popular tourist destinations and is registered as a UNESCO ...

What is a Sand Bath? ｜A Day Trip to Saraku in Ibusuki, Kagoshima Prefecture

At the southern end of Kyushu lies Ibusuki, a city of 44,000 people. The city of Ibusuki in Kagoshima Prefecture is f...
2021.11.04
What is a Sand Bath? ｜A Day Trip to Saraku in Ibusuki, Kagoshima Prefecture
See the Kurobe Dam’s Water Discharge Event in 2021｜Tateyama Kurobe Alpine Route
Home
Kyushu & Okinawa
Kagoshima