There are about 3,000 dams in total in Japan. The water stored in dams is sometimes released to control floods or to maintain rivers.

But it’s not often that you get the chance to see a dam releasing water up close.

Every year, the Kurobe Dam in Toyama Prefecture, the tallest dam in Japan, releases water for a limited time. The Kurobe Dam’s water discharge is so large in scale that many tourists visit the dam to see the powerful sight.

This article is about the Kurobe Dam and its tourist water discharge event.

The Kurobe Dam in Toyama Prefecture is an arch-shaped dam built by Kansai Electric Power Company in 1963.

Built over seven years by 10 million people, the Kurobe Dam is the largest dam in Japan and is 186 metres high and 496 metres wide.

The construction of the Kurobe Dam was so difficult that it was even made into a film.

It currently generates enough electricity to power around 250,000 homes a year.

The Kurobe Dam can be visited from spring to autumn when the Tateyama Kurobe Alpine Route is open.

How to get to the Kurobe Dam from the Nagano side

There are two ways to get to the Kurobe Dam on the Tateyama Kurobe Alpine Route: from Tateyama Station in Toyama Prefecture, or from Ogisawa Station in Nagano Prefecture.

In this article we will explain how to get to the dam from Nagano Prefecture.

If you are coming from Nagano prefecture, you can park your car at the free car park of Ogisawa station in Omachi city and take a bus operated by Kanden to Kurobe dam. The bus goes through the Kanden Tunnel and arrives at “Kurobe Dam Station” in 16 minutes. 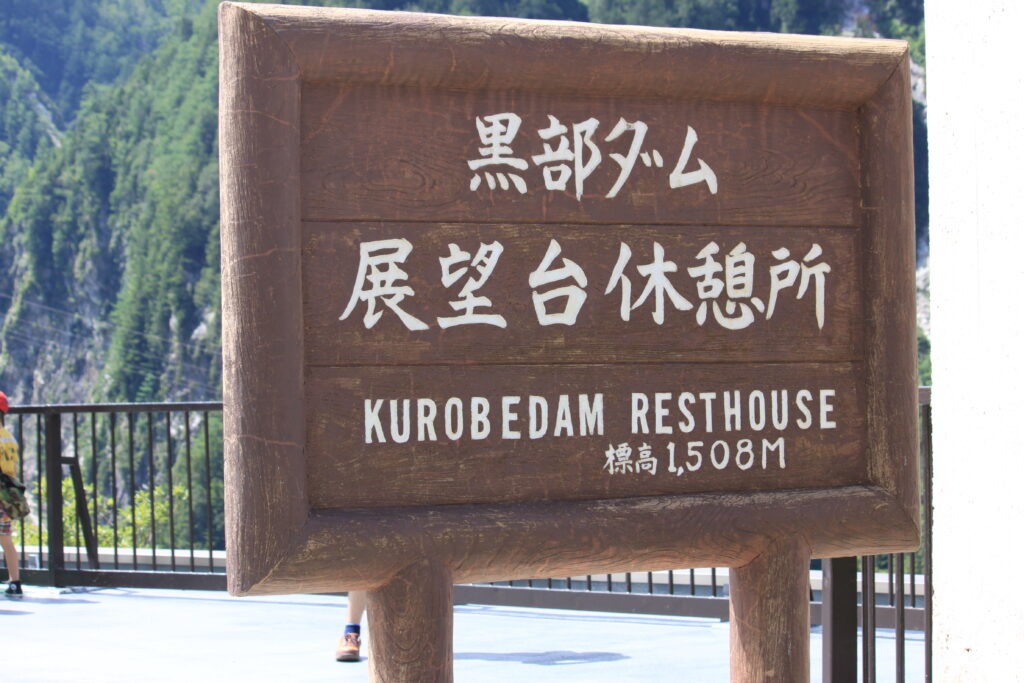 After arriving at the station, climb the 220 steps to reach the observatory of the Kurobe Dam.

In the new observatory square, a special exhibition hall is set up from May to October, with a giant tunnel set and a replica trolley. 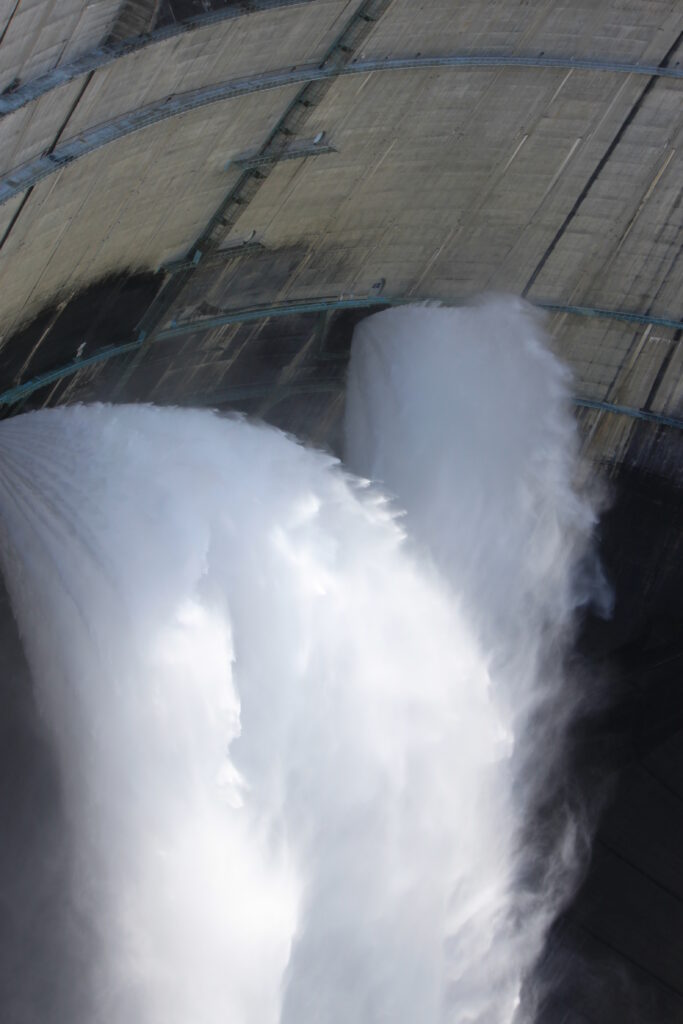 In 2021, the Kurobe Dam will be releasing water for tourism from 26 June to 15 October.

The water discharge event is for tourists, while the water release for power generation takes place in a separate area. It is quite a sight to see the water being released from the height of the 185 metre embankment, the highest in Japan, at a rate of over 10 tonnes per second.

You can see the massive water discharge up close from the new observation square and from the Rainbow Terrace below it.

Take a ride on the tourist boat Garbe at Lake Kurobe 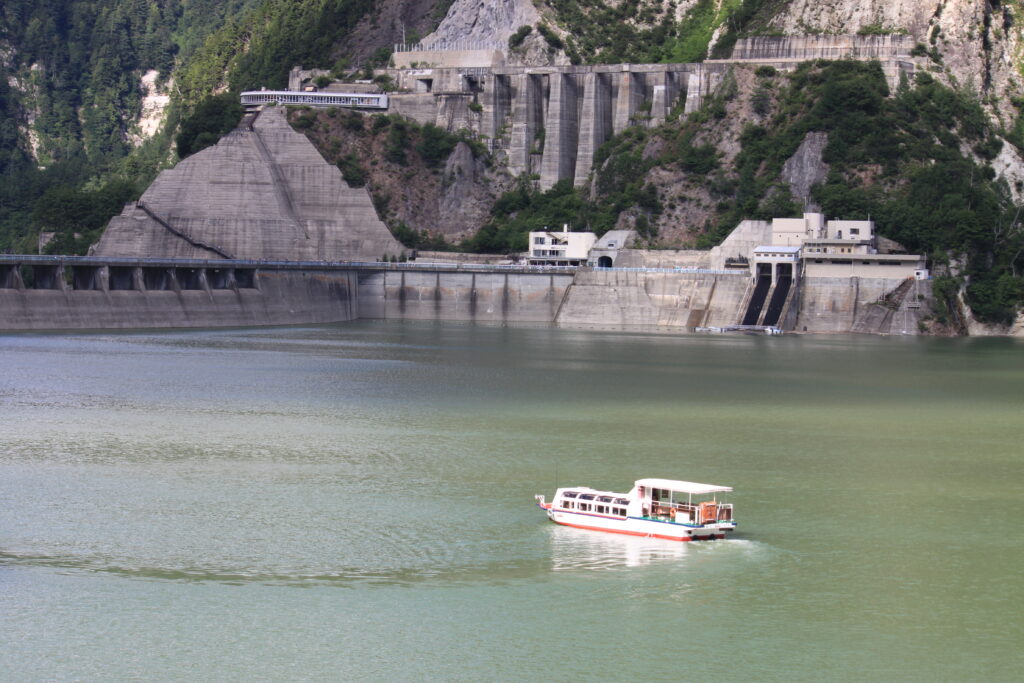 Kurobe Dam has an artificial reservoir, called Lake Kurobe, which is covered with thick ice during the winter months, but during the summer and autumn months when it is open, you can take the “Tourist Boat Garbe” for a round trip around Lake Kurobe with views of the Tateyama Mountain Range.

Kurobe Dam, where you can see the tourist water discharge up close

If you are in the area, we recommend you to visit the Kurobe Dam to see the powerful water discharge from the highest point in Japan.

You can also try the famous Kurobe Dam Curry at the Kurobe Dam Rest House.

Sights around the area

There are several places of interest in the surrounding area where you can enjoy the scenery of the Northern Alps.

Learn About Instant Noodles at the Cupnoodles Museum Yokohama!

When we are traveling, we sometimes encounter surprisingly beautiful scenery at unexpected times. As I drove from Ise...
2021.11.04

In the town of Nagawa in Nagano Prefecture, there is an obsidian mining site called Hoshikuso Toge. Here you can learn a...
2021.11.04

Sanjo City in Niigata Prefecture has long been known as a town of hardware manufacturing. In the suburbs of Sanjo City, ...
2021.11.04
Guide to Yakushima Island｜Alps on the Ocean Where Yakushima Cedars Live for Over 2000 Years
Sensoji Temple｜Stroll Through the Quiet, Illuminated Precincts at Night
Home
Chubu
Toyama