Wajima City is known for its morning market, which has been held since the Heian period (794-1185).

In this article, you will learn about the places to eat at Wajima’s morning market, where you can enjoy their specialties.

About Wajima City on the Noto Peninsula

Wajima City on the northern edge of Ishikawa Prefecture

Wajima City is located in the northern tip of Ishikawa Prefecture with a population of 25,000. Wajima’s morning market, held in the port town of Wajima, is known as one of the three major morning markets in Japan.

A morning market with 360 meters of stalls 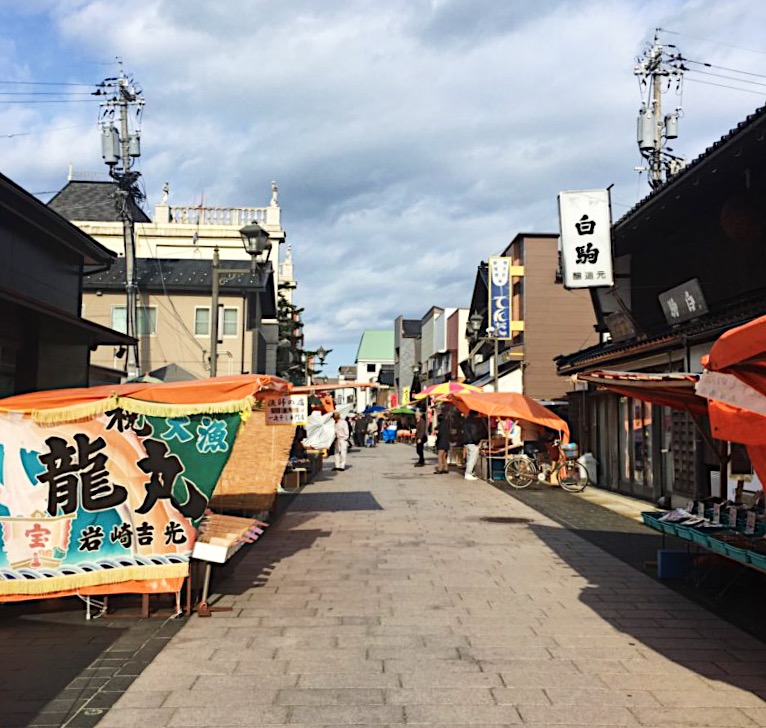 There are also restaurants and cafeterias that open early on the morning market street, so you can have your breakfast here. 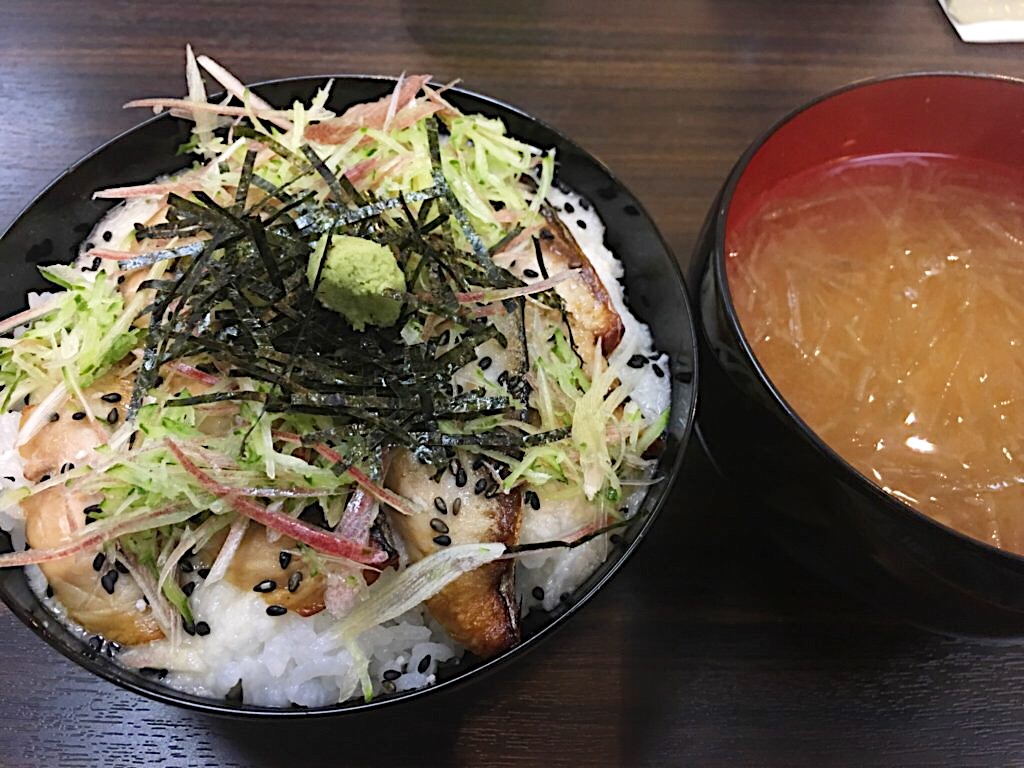 The first place I would like to introduce is a restaurant called “朝市さかば (Asaichi Sakaba)”, located along the street of the morning market. Asaichi Sakaba opens at 7:30 in the morning, and in addition to seafood bowls, they also offered sashimi on skewers for easy eating. 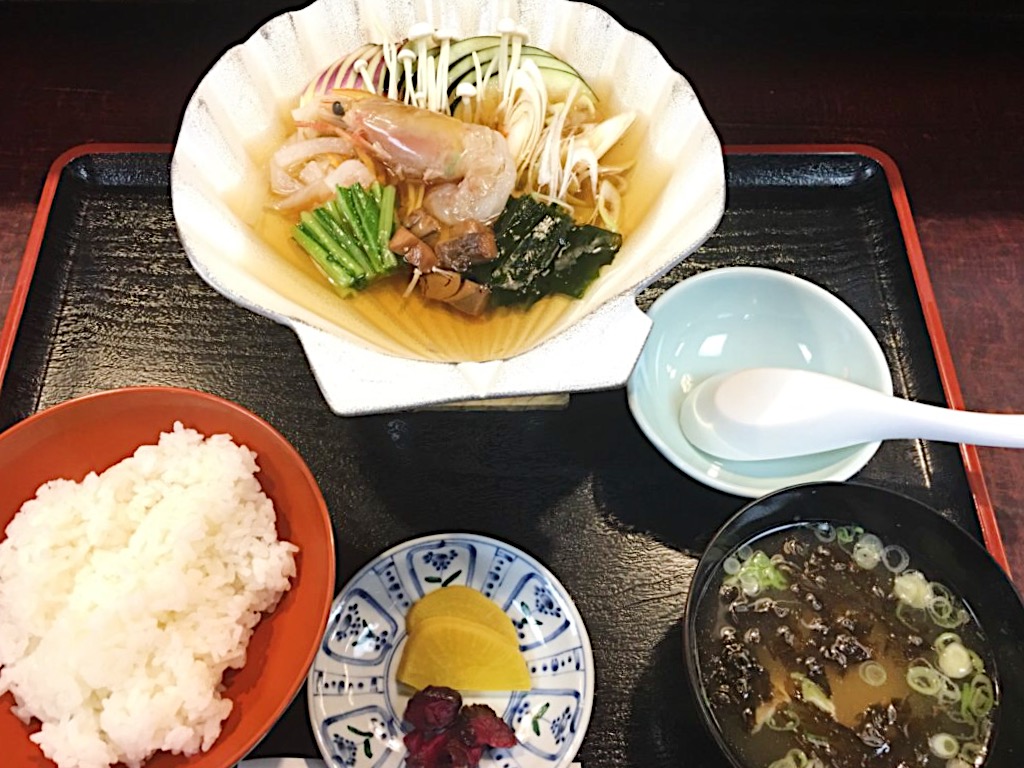 The next place I would like to introduce to you is the “民芸御食事処・まだら館 (Folk Art Restaurant, Madara-kan)”. At the restaurant, I ordered a set meal of ishiru shellfish hot pot with rice.

“Ishiru”, which was also used in the grilled mackerel rice bowl we had for breakfast, is a traditional umami seasoning made in the Noto Peninsula. Ishiru is a fish sauce made by fermenting seafood with salt, and is used in a variety of dishes.

Ishiru shellfish hot pot is a dish where shrimp and vegetables are boiled in a shell covered with a clear soup of Ishiru. The fish broth was very effective and tasted elegant.

There are several other restaurants in Wajima City where you can enjoy the “Ishiru no Shellfish Hot Pot Set Meal” using Ishiru as the soup stock.

If you come to Wajima City in Ishikawa Prefecture, why not try eating at the Wajima Morning Market?

You can learn more about Wajima’s traditional craft, Wajima-nuri, in this article.

One of the most enjoyable things to do after visiting a shrine or temple is to eat local specialties at the stores along...
2021.11.04

Have you ever tried Houtou, a specialty of Yamanashi? Houtou is a local dish made by boiling thick flat noodles in a mis...
2021.11.04

Inaniwa udon is a specialty of Akita. Inaniwa udon is a type of udon noodles that can be served either cold or hot. T...
2021.11.04
Eating Chiba’s Specialties at Umihotaru Parking Area on Tokyo Bay
About M-Wave Skating Rink｜Including Parking and Access Information
Home
Chubu
Ishikawa