Koyasan (Mount Koya) in Wakayama Prefecture is a Buddhist city with many temples.

On this day, we spent the morning touring the temples of Koyasan. Since we were in Koyasan, we decided to have vegetarian food for lunch after visiting the temples.

This article describes how we ate Shojin Ryori for lunch at the Hanabishi restaurant in Koyasan.

Eating a Shojin Ryori at Hanabishi in Koyasan

By the way, what kind of food is Shojin Ryori (Buddhist Vegetarian Cuisines)?

According to the teachings of Buddhism, Shojin Ryori is vegetarian food prepared without animal products such as meat and fish, or plants such as garlic and other leeks.

There are some restaurants in Koyasan that offer Buddhist vegetarian food for lunch. This time, we decided to have Shojin Ryori at a popular restaurant called “Hanabishi” near Kongobuji Temple. 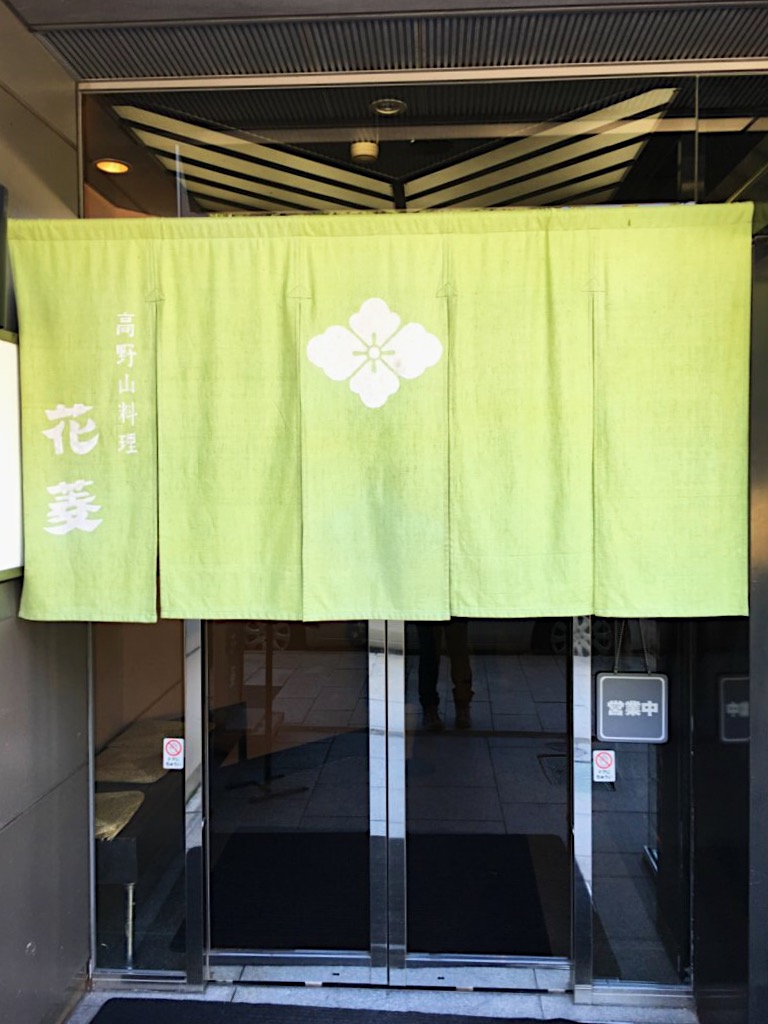 There are several Buddhist vegetarian dishes on the menu at Hanabishi, and I ordered one of them, “Sanko-zen” (2,000 yen).

The name “Sanko-zen” comes from a tree called “Sanko-no-matsu” (three-pointed vajra pine tree), which is found in the Danjo Garan, a historical site in Koyasan.

When you are seated at the table, you are first served tea and ocha-uke (a type of Japanese dry confection of starch and sugar). 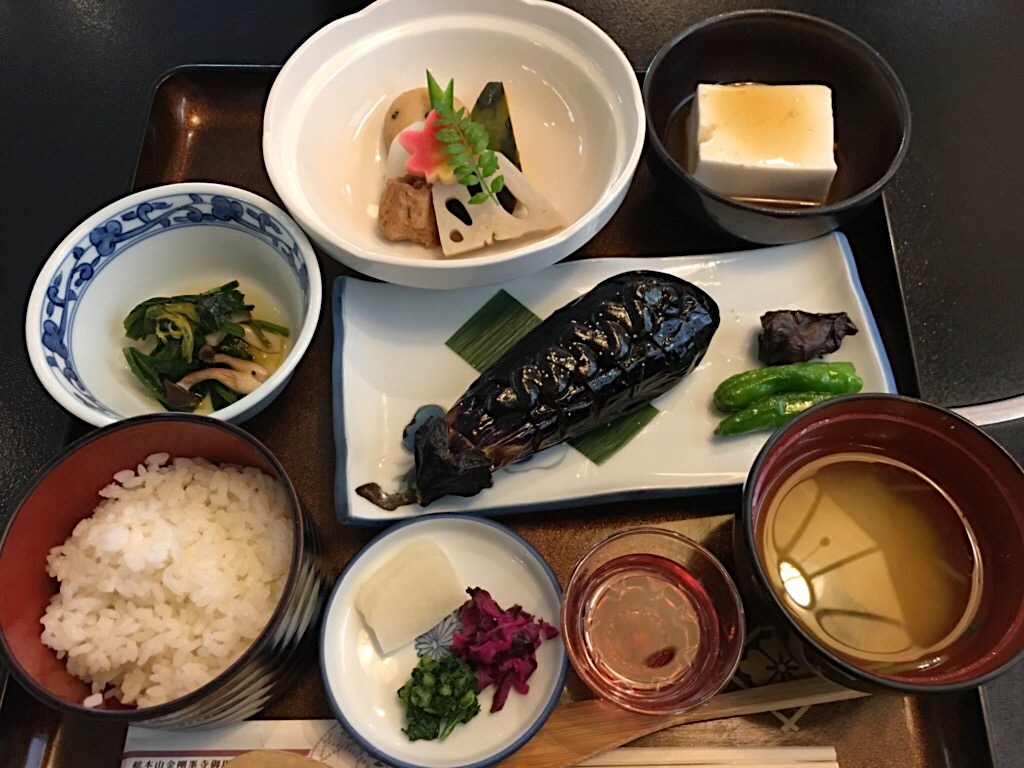 Next, the meal was served. The Sankozen course menu is as follows.

When you taste the food, you can tell that every dish is carefully prepared. The soup stock was based on kombu seaweed, with dried red pepper, shiitake mushrooms, and roasted rice. The miso used for the eggplant dengaku was richly sweet and delicious.

The dessert eaten at the end of a meal was a soy milk pudding with persimmons on top. The taste was elegant and not too sweet.

In addition to Buddhist vegetarian cuisine, Hanabishi also offers a variety of other dishes such as sashimi and tempura in a Shokado bento box.

At Hanabishi, we were able to enjoy a variety of carefully prepared Buddhist vegetable dishes. By eating Shojin Ryori cuisine, you will be able to come up with ideas for dishes that enhance the natural taste of vegetables.

How about trying the Buddhist vegetarian cuisine at Hanabishi when you visit Koyasan?

Hanabishi has a parking lot for 10 cars, but if the lot is full, there are several free parking lots in the area.

Sightseeing spots in the surrounding area

For more information on tourist spots in Wakayama and surrounding prefectures, please see this article.

In Azumino City, Nagano Prefecture, there is a wasabi (Japanese horseradish) farm called "Daio Wasabi Farm", which is th...
2021.11.04